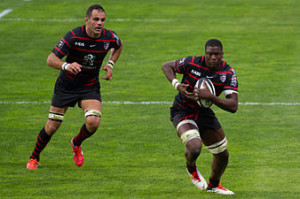 Gaël Fickou was the revelation of the Top 14 last season. For this new season of the French rugby championship, we could see the emergence of a new talent early: Yacouba Camara. Just like the Franco-Congolese, he evolves in Toulouse.

At 19, the young flanker has already played four games in seven days of the championship. On the occasion of the seventh day, the French flankler, from Mali, scored the first try of his career, in the win against Biarritz Olympique (26-9).

A test that allowed the troupe of Guy Noves to pocket the offensive bonus point and get repositioned in the top rankings.