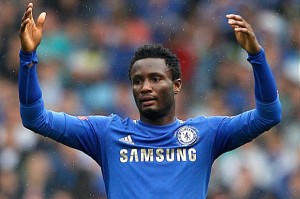 The Nigerian who made his debut in the competition on September 12,2006,playing all 90 minutes in the Blues’ 2-0 defeat of German Bundesliga side,Werder Bremen at Stamford Bridge was one of the architects alongside the Ivorian inescapapble striker Didier Drogba (currently Galatasaray striker) who enabled Chelsea to win its first Champions league trophy in the year 2011-2012 by beating Bayern Munich in the final.