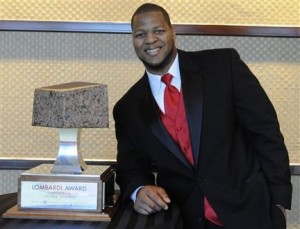 Ndamukong Suh, the name does not say great things in the tropics. However, it is the Cameroonians who could steal the limelight from his compatriot Samuel Eto’o Fils on the table of the highest paid African athletes. At 26, Ndamukong Suh is an American football player who plays as defender in the Detroit Lions.

According to Camer.be, the financial value of the Cameroonian is currently estimated at more than $ 36 million (salaries and advertising contract included), an amount that exceeds the salary of Samuel Eto’o in Russia (20 million Euros). Ndamukong Suh very discreet, visited his native land for the last time in April 2013.

Winner of all academic qualifications (the Outland Trophy, Chuck Bednarik Award, Bronko Nagurski Trophy, the Lombardi Award and the Bill Willis Award in 2009), however, he is infamous for his violent game. In November 2011, he was suspended (two games) for having deliberately crashed Evan Dietrich-Smith‘s arm during a match. 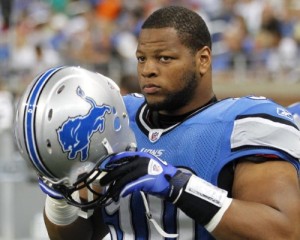