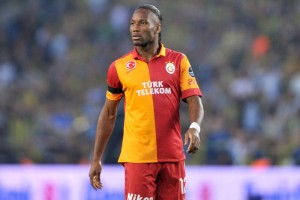 Drogba is definitely back. The striker finds all his feelings in front of nets. This week, he had already opened his account in the Champions League by scoring a goal against Juventus (2-2). The former Chelsea player has recurred this Sunday in the Turkish league.

Led 2-0 by the 67th by Akhisar Belediyespor, Galatasaray must rely on its Ivorian striker. Drogba reduced the score but cannot prevent the 1-2 final defeat of his team.

Roberto Mancini still has not won with his new team. Galatasaray is currently 13th in SuperLig.