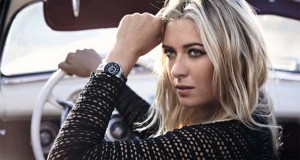 The World N°3-ranked Russian tennis player, Maria Sharapova, forced out of the Season Ending WTA Championships to be held in Istanbul,Turkey due to a recurring shoulder injury, will not feel lonely at home during the prestigous event. The players known out of the court for her sense of style has just fell in love with New York based designer Jason Wu reckoning that the man’s best silhouettes in the world reflect his perfect understanding of the woman’s body.

She as matter of fact confessed being madly in love with the Taiwanese-Canadian fashion designer.

“He understands a woman’s body. I think that’s why so many women are fans of him. He creates silhouettes for all different types of women. He’s a perfectionist.”

She added: “He works extremely hard at perfecting one single piece. When he’s working I know how dedicated he is to his craft and that’s just really inspiring.”