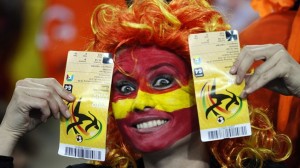 As demand is greatly exceeding supply, FIFA will conduct an electronic random selection draw under notarial supervision for the various matches. During the initial part of the random selection draw, all ticket applications received from those applicants who qualify for priority access, as per the 2014 FIFA World Cup Bill – namely elderly persons, students and members of the Bolsa Familia – will be drawn against the more than 300,000 category 4 tickets reserved. Subsequent steps in the draw will allocate the remaining category 4 tickets as well as the other tickets in all other categories.

All applicants will be informed by e-mail or SMS of whether or not their application was successful by 4 November 2013 at the latest. 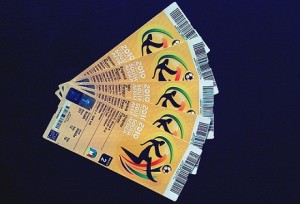 It is important to note that the applicants must have enough funds on their selected payment method to cover the price of their purchased tickets as the money will be deducted immediately once the tickets have been successfully allocated. If a payment transaction is not successful, the ticket application will be automatically rejected as per the ticket sales regulations and the tickets in question will be re-allocated to other applicants.

The most popular host cities were Sao Paulo, which will host the opening match on 12 June 2014, Rio de Janeiro and Curitiba. Great interest was also registered in the team-specific ticket series, with already qualified Argentina and the Netherlands being the most sought after in this category.

The ticketing sales process on FIFA.com will reopen on 5 November 2013 and will then remain open until 28 November 2013. During this sales period, tickets will be allocated on a first-come, first-served basis, subject to availability. In other words, applications will be processed in the order they are received.