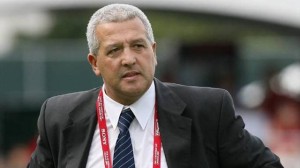 The Angolan Football Federation announced breaking the contract by mutual agreement of coach Gustavo Ferrin. This decision is motivated by elimination of the Palancas for World 2014.

Angola has also failed to qualify for the CHAN 2014 in South Africa. Ferrin appointed coach in July 2012 has therefore left with one of his assistants, Nestor Rossano who officiated as physical trainer. Under the control of the Uruguayan, Angola is also out this year from the group stage of the Afcon 2013.

Before taking over Angola, Ferrin took care of youth teams in Uruguay.