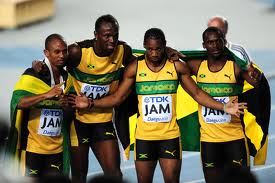 Doping is now a common issue in various sports especially in athletics. During the last Moscow World Championships, many athletes were sanctioned because they were tested positive.
The WADA expressed its frustration on Monday by deciding to launch an extraordinary audit into allegations that Jamaican Athletes were rarely tested while on the island in the run-up to London 2012 were pushed back until 2014.
According to Eurosport citing the AMA in 2012, only 106 doping tests were conducted in Jamaica. “A ridiculously small number if we compare it to the 4051 made in the United States, with 15,854 in Russia, 10,066 in China, and 8077 in Germany. We discover that Jamaica practice almost the same number of control that Malta and Slovenia and less than Iran or Iceland.”

Wada was invited by the Jamaican prime minister to investigate revelations from Renée Anne Shirley, the former executive editor of the Jamaica Anti-Doping Commission, that there was “a significant gap of no testing” between March and July 2012 while the country’s athletes prepared for the Olympic Games

However, Jamaican runners did not go completely untested into the Games. Track and field’s governing body, the IAAF, says it extensively tested the elite Jamaicans and that Usain Bolt was tested more than 12 times last year.