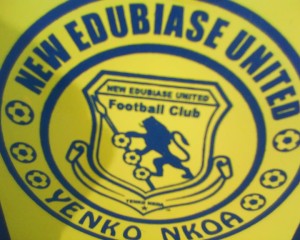 New Edubiase football club would have no option but to move their home grounds to elsewhere. Ghana Sports have gathered that, the people of the town have deliberated the issue of moving the team away from the town.
This come as a result of certain people’s interest and afflictions with Accra Heart of Oak, with the view of playing match of convince any time Hearts play at the Gymfi Park but plays it hard against Kumasi Asante Kotoko. Ghana Sports also suggest that, fans of the club are mostly Kotoko fans and they have threaten to sack the football club from using the Gymfi Park.
The fans claim Hearts normally gets easy win against the club but Kotoko don’t gets it that “soft’ and they are not happy with the management of the club especially, the president of the club, Abdul Yukubu Salam. Edubiase will host AshantiGold in their next game and it is not known whether they will honor the game at the Gymfi Park.
credit: Romeo Oduro