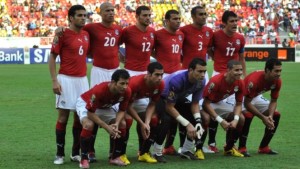 Ghana showered a 6-1 score on Egypt during their 2014 Fifa World Cup playoffs’ first leg match played at the Baba Yara Stadium in Kumasi on October 15.

The Pharaohs will have to achieve an almost impossible 5-0 win against the Black Stars in the second leg to be held in the troubled Cairo before overthrowing the men of Kwesi Appiah.

However coach Bob Bradley and his men including Al Ahly’s legend Mohamed Aboutrika believe in staggering Ghana on November 19 at the Air Defense Stadium.

But former Al Ahly coach Manuel Jose who does not at all believe in a possible elimination of Ghana by his compatriots just dropped:

“Egypt win Ghana 5-0? No, it is impossible because Ghana is a very strong team and I think Egypt will not qualify.

“Even if Ghana fall in Cairo they will not fall by such a score line.”