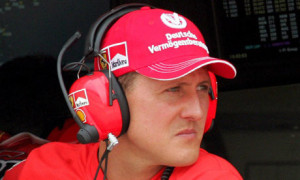 Lotus approached Michael Schumacher about making a possible Formula One comeback in the last two races of the season, only to be snubbed by the German.

According to Sky Sports, the seven-time world champion’s spokeswoman Sabine Kehm confirmed the approach to the 44-year-old, who quit the sport last year after a three-year comeback with Mercedes following his earlier retirement from the sport after record-breaking success at Ferrari.

She then dismissed hopes over Michael’s comeback by saying he enjoys his new life.

“Plus, he is still very fit. But he just feels so good in his new life, “ she said.