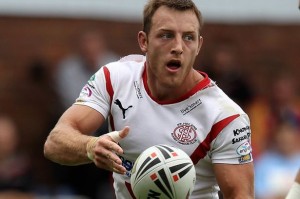 According to Sky Sports, England have made two changes to their squad for Saturday’s World Cup quarter-final against France with Josh Charnley and James Roby returning.

Charnley returns at Tom Briscoe’s expense while Roby takes the place of Leeds’ utility back Carl Ablett, who did not feature against the Fijians at Hull’s KC Stadium.

“It has been a difficult selection,” said coach Steve McNamara of England.

“We have no injuries to worry about and we have picked the strongest possible squad to take on France.”