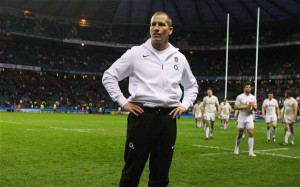 Though England battled back from an awful start and showed character to take the lead going into the final quarter when Owen Farrell hit his fifth successful penalty, the All Blacks of New Zealand came out on top 30-22.

Coach Stuart Lancaster of England did not hide his feelings as he was desperately disappointed by the result of his men.

“You have to look at some of the players we’ve got missing and some of the new combinations we had, Billy Twelvetrees and Joel Tomkins playing for the first time together in this series,” Lancaster said.

“But the over-riding feeling in the dressing room is one of disappointment but that is just how far we’ve come as a team.

“Credit to New Zealand they are a champion side and they showed it in the end. If you went into the England dressing room, we are desperately disappointed to have lost to a team that has been unbeaten all season.”