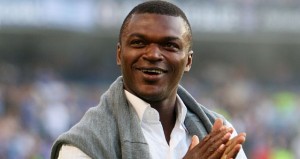 Former France international Marcel Desailly of Ghanaian origin has surprisingly backed Côte d’ Ivoire to do better than Ghana at the 2014 World Cup in Brazil.
The Black Stars who remained Africa’s only hope at the last World Cup where they almost attained a groundbreaking feat as the only African side to make the last four of the competition, the former France captain says the Elephants are Africa’s best bet for the mass competition in the South American country.
“As for the five that will go to Brazil, I think Cote d’Ivoire are the favourites to do better than Ghana in Brazil and reach the semi-finals,” Desailly said.
However former Ghana President John Kufuor backed Black Stars to exceed their World Cup previously attained height in Brazil.