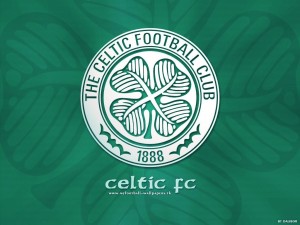 Scottish champions Celtic on Monday banned 128 of their fans in response to another outbreak of crowd trouble during last week’s win at Motherwell.
The troubles caused damage worth £10,000 to seats in the lower section of the South Stand housing Celtic fans at Fir Park on Friday as a flare was let off in the same area before the game while two green smoke bombs were thrown into the goalmouth, one of them landing yards from Celtic goalkeeper Fraser Forster.
UEFA, meanwhile, has opened disciplinary proceedings against the club after the Green Brigade unfurled a banner depicting IRA hunger striker Bobby Sands and Scottish warrior William Wallace during last month’s Champions League clash with AC Milan.
A Celtic spokesman said: “Following events on Friday evening at Fir Park Stadium, Celtic Football Club today announced that it has issued precautionary suspensions against 128 individuals preventing them from attending matches involving Celtic, pending further investigation. These suspensions will cover matches at Celtic Park and away matches.

“Events such as those on Friday night do not represent the Celtic support or the club. These events were an embarrassment to our great football club and are absolutely indefensible.

“It is clear that there is an element which has no hesitation in bringing Celtic’s name into disrepute. This is something the club will not tolerate and we therefore have no other option but to take this action. We will not allow the great name of Celtic to be damaged in this way anymore – our supporters deserve more than this.”