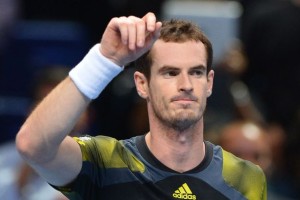 Wimbledon champion Andy Murray of Great Britain considers the Mubadala World Tennis Championship in Abu Dhabi as a training for tennis stars ahead of the 2014 season.

The Scottish superstar who could not figure up in a few major tournaments during second half of the season after undergoing a back surgery, thinks of regaining form in Abu Dhabi as he is expected to join World No.1 and 2 respectively Spaniard Rafael Nadal and Serbia’s Novak Djokovic and other big stars in the tournament which runs from December 26 to 28.

“Abu Dhabi is a fantastic opportunity for all of us after the off season; to play competitively and to train in the warm weather ahead of the Australian Open in January,” he said.