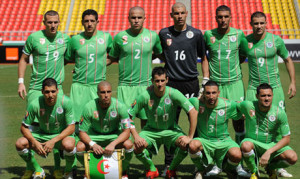 To believe the Slovenian press relayed by that of Algeria Sunday, Algeria will play an international friendly match on March 5 against Slovenia. This will be the first test for the Desert Foxes qualified for the 2014 World Cup.
There was talk of a meeting with Portugal, Italy and also France which has been postponed to be held after the World Cup.

Finally it should be Slovenia. A team that Algeria has faced for the last time at the 2010 World Cup (0-1). The game should take place in Blida.

In Brazil, Algeria is in Group H with Belgium, Russia and South Korea – see the entire draw.