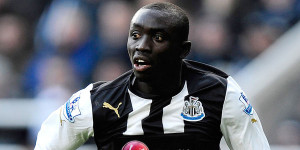 Papis Cisse may not continue with Newcastle in the coming months if he does not improve his current stats. Author of one goal in 14 games this season, goal scored after 1208 minutes of scarcity, the Senegalese competes with Loïc Rémy (10 goals in 18 games) whose option may be upped by the Magpies given his performance.

In addition, other strikers like Bafetimbi Gomis and even Cheick Diabate are approached to further strengthen the forward line of Newcastle next season. This raises doubt on the future of the Senegalese forward who could not regain his olden form in the Premier League. It will be difficult for him to get imposed and will surely be destined to play second fiddle.

There a lot of factors that do not favor his retention in the eighth-ranked side in the Premier League. So there is a good chance he goes elsewhere next season.