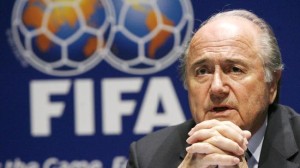 This is a bombshell just dropped by Jerome Valcke, the general secretary of FIFA. The French leader said the Qatar World Cup 2022 would no more be held in “June-July”, but probably “between November 15 and January 15 at the latest”, in an interview published Wednesday in France Info radio.

The statement occurs while the supreme body of football has launched a consultation on the dates of the 2022 World Cup in October in Qatar. This is because of the extreme heat (50 ° C) in summer in the Gulf countries.

The tournament dates mentioned by Jerome Valcke could lead to a major disruption of football competitions’ schedule.
The final decision will not be announced before December 2014 during an executive committee of FIFA.