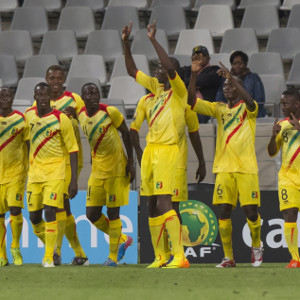 Billed as the biggest favorite of the tournament, Nigeria missed the first step from their opening match in the third edition of the African Nations Championship. Super Eagles were defeated 1-2 by Mali Saturday at the astonishment coach Stephen Keshi.

From the 18th minute, Abdoulaye Sissoko opened the scoring for the Malian Eagles to everyone’s surprise. But it was a realistic Malian side which materialized their domination. Despite the revolt of Nigerians, opportunities are rare. Punishment again from the restart when Adama Traoré (man of the match) aggravated the scoring to make it 2-0.

Nigeria equalized in stride by Gbolahan Salami, who just came into play, but will fail to snatch a draw. The second day in the pool, where South Africa dominated in the opening Mozambique 3-1, looks already thrilling.