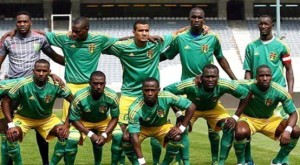 The first day of the group stage of the African Nations Championship ends on Tuesday with matches in Pool D. A group that includes, DR Congo, Gabon, Burundi and Mauritania. And it is precisely the latter which is the center of attention for the day.

The Mourabitounes play today their first match on the continental stage. Coach Patrice Neveu knows and does not put pressure on his players. “The Mauritanian athlete is not known at all. Yet, Mauritanian players are offensive, physical and technical. They lack experience but they hold dear to show their qualities. After, we remain competitors. If you can hang a nation, we did not hesitate. We’ll see after the first game, ” said the French coach.

Without Mputu, it is the same!

Mauritania will be pitted to the Democratic Republic of Congo in their first match in the competition, ogre of local football on the continent. Leopards, winners of the first edition of CHAN, are again among the favorites. Except that the equation will not be the same without the best player Tresor Mputu entangled in a complicated transfer from TP Mazembe to Kabuscorp in Angola.The other match of the day pits Gabon to Burundi who are making their first participation in CHAN. But it is the captain of the Panthers who will be the man to follow in this meeting. At over 37 years, Daniel Cousin confirms that he remains a very good player as witnessed by his coronation with the selection at the last edition of the CEMAC Cup.