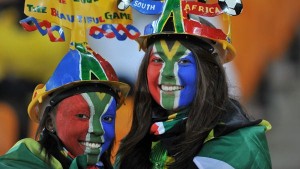 This is the beginning of the last group matches this Sunday at the African Nations Championship – read our reports on the second day. And group A is in action. A smoking South Africa-Nigeria awaits fans of local football on the continent. A match of paramount importance as a major could fall.

South Africa with 4 points in the group after a 1-1 draw against Mali will need only a draw to go through. To do this, they will do so without their captain and goalkeeper Khune Ithumeleng ruled out by ankle injury.

At the side of the Super Eagles (3 points), they will necessarily win relying on a defeat of Mali (4 points) against Mozambique (eliminated), both matches being played at the same time.