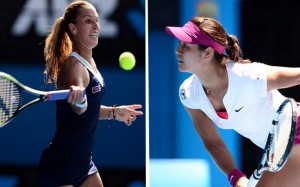 Li Na finally reached the Australian Open final. The Chinese qualified for the final act of the tournament in Melbourne, logically beating young Canadian Eugenie Bouchard (30th in the WTA) in two sets, 6/2, 6/4. The world No. 4 will play her third final at the Australian Open after 2011 and 2013.

Li Na will attempt to win her second Grand Slam title Saturday against Dominika Cibulkova after Roland Garros in 2011. Seeded No. 24, who had never exceeded the 8th finals before this edition was qualified at the expense of Poland’s Agnieszka Radwanska, 6/1, 6/2.

“Being in the final, it’s beautiful. It’s like a dream. I just try to do my best to play my best tennis, ” said the Slovak quite happy to reach the final of a Grand Slam.