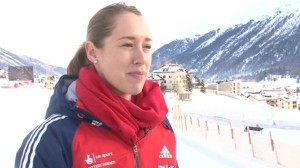 Here is Great Britain’s sure bet for a Sochi 2014 Winter Olympics gold medal! Team GB’s Lizzy Yarnold was once again fastest in her fifth and final official training run on Wednesday as she completed preparations for her crack at Olympic skeleton glory.

The 25-year-old athlete finished fastest in four of the five official heats in which she was involved.

Yarnold and team-mate Shelley Rudman will undertake the first two of their four race runs on Thursday afternoon, with the competition set to culminate in the final two runs on Friday.
Source: Skysports.com