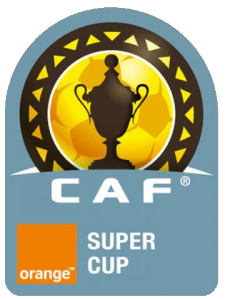 It is tomorrow that will be played the Supercup Africa. With a program repeatedly messed, the meeting opposing Al Ahly (African champions) to CS Sfaxien (winner of the Confederation Cup) will finally take place at the Cairo International Stadium. A first final without Mohamed Aboutrika who retired since the World Cup Club 2013.

It is not the first time the two teams will compete in this competition. Already in 2009, CS Sfaxien bowed 1-2 slanted to the Cairo giants with a brace by Angolan Flavio Amado for Ahly and an insufficient single goal by Ivorian Blaise Kouassi for Tunisians. A bitter memory then for Sfax who also lost another African Supercup against their neighbor’s of Etoile du Sahel in 2007.

Suffice to say that the statistics do not advocate for Tunisians. But what about Al Ahly. Egyptian club began its transformation. Departures of Mohamed Aboutrika and Mohamed Barakat on an 8th continental title last year confirmed sufficiently. And although Wael Gomaa Taulier are still resisting despite the age, the group has much rejuvenated and is now led by Mohamed Youssef. The technician is suspicious in the light of the latest results of his club.

[youtube]http://www.youtube.com/watch?v=aPLNeAWDMTc[/youtube]
“It is true that we are not very good right now. In nine days we lost three, one draw and we are only third in our group. We are not very effective in attack with 10 goals but the best defense with four goals conceded. Moreover we remain a defeat against Smouha. But I’m not worried. The continental scene is a bit our pre-squared. Motivation is very different. I know that all players want to both reassure their fans and honor runners assuring them that their message has been received. Al Ahly is still in continuity”, he has written on the site of CAF.

Sfaxien will not only do it without their coach Ruud Krol who left for Esperance de Tunis but also without their Gabonese striker Ibrahima Ndong stupidly injured for two months to have off steamed on a billboard in the league.