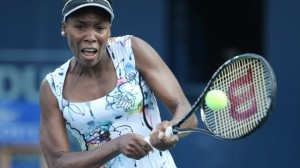 A little over a month after their final at Auckland tourney (January 4), Venus Williams and Ana Ivanovic were pitted again Wednesday in the second round of the WTA Dubai.

Beaten by the Serbian at the New Zealand tournament, the U.S. star has easily composted her ticket to the next round. She conceded just three games to her opponent to win 6/2, 6/1.

To be on the last square, Venus Williams will have to dispose of the Italian Flavia Penneta, femme fatale of the No. 2 seeded Agnieszka Radwanska with 6/4, 6/1.