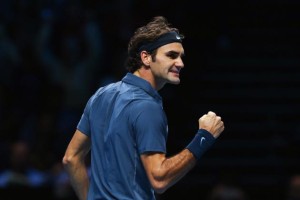 Easy win for Roger Federer. Seeded No. 4 was easily qualified Monday for the second round of the Dubai tournament by defeating Benjamin Becker (6-1, 6-4) within an hour of play.

Very casual, the Swiss tennis star concluded the meeting with his third match shot, obtaining a fourth win in four games against the German. Federer has only had one break point to save, with 83% of points won on his first serve.

In the next round, he will face Radek Stepanek or Michael Russell.