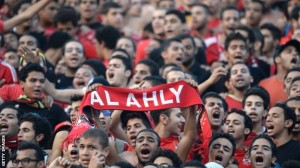 “A consecration for African football”!It is in these terms that Issa Hayatou, President of CAF (Confederation of African Football) designated Al Ahly’s performance. The Egyptian club became, with its 6th Supercup coronation last Thursday against Sfax, the most successful in the world, ahead of AC Milan who previously held this distinction.

Ahly has 19 trophies against 18 for the Rossoneri. “This award is a 19th record that allows Africa to climb an additional step on the international scene. Al Ahly got registered more than ever as the flagship of the entire continent. It should serve as an example to all other African clubs and encourage them to do more to follow a path traced firmly,” suggested Hayatou on the site of the CAF.