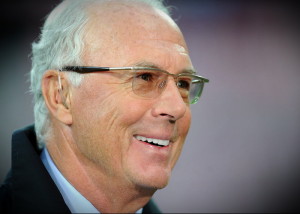 “Kaizer” as he is nicknamed, has agreed to be the ambassador of Afcon 2017 in Tripoli Libya Wednesday. Invited to attend the laying of the foundation stone for the construction of a stadium for the next high mass of the continental football, Franz Beckenbauer took the honors.

Ali Zeidan, Libyan Prime Minister who chaired the ceremony has then asked his host to be the icon of the 2017 Afcon. An accepted offer, according to Anouer al-Tachani, president of the Libyan Football Federation.

Libya would host the 2014 edition of the CHAN but finally returned to South Africa because of the socio-political instability in the country. This did not prevent the Knights of the Mediterranean from winning the tournament.