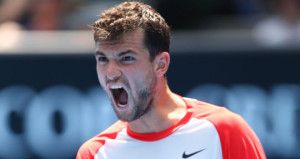 A week after his lost at the Delray Beach final, Kevin Anderson was back on the court for the last act of a tournament. But the South African did not have the privilege to wield his third ATP title on the hard of Acapulco.

Opposed to Bulgarian Grigor Dimitrov, seeded No. 4 of the Mexican tournament, the 21st player in the world, lost after a meeting hung, 7/6 [7-1], 3/6, 7/5 [7-5] in a 2h 57 min game as a consolation prize, Kevin Anderson reached his highest career ranking on the circuit in the new ATP ranking. With his second career title, Dimitrov will also reach his best rank.