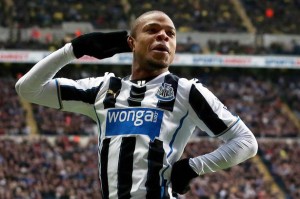 Loïc Rémy is in Olympic form in recent times at St James’ Park. The French striker aligns beautiful performance in the jersey of Newcastle.

The former striker of the OM does not leave unaffected the other Premier League clubs. The Frenchman logically attracts the eyes of the managers above all that of the Gunners. But the Magpies have not said their last word yet.

On loan this season from Queens Park Rangers to Newcastle, the tricolor could finally stay in the north of England next season. That’s the least suggested by his manager Alan Pardew in the Chronicle:

“Like all the attackers, he looks for what is best for him. I think he hopes to play regularly with the France team and play in the Champions League. I know he likes the club and he loves working with the current staff. I do not think he can evolve at QPR as he can do here,” he said.