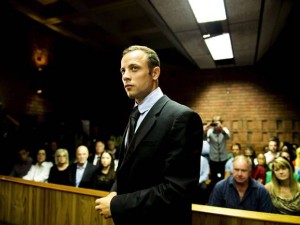 South African Paralympic champion Oscar Pistorius arrived Monday in court in Pretoria where he will be heard for having murdered his girlfriend Reeva Steenkamp, he killed Feb. 14, 2013. Pistorius, wearing a dark suit, black tie on a white shirt, appeared nervous when he entered the courtroom, head down. He risks twenty-five years in prison.

Recently the South African prosecution had revealed new elements left to conclude a murder, then the information channel ENCA, gave the impression, evidence in support, that the Paralympic champion had not intentionally murdered his girlfriend.