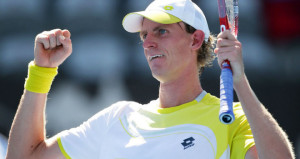 Kevin Anderson will play the second round of the Masters 1000 Indian Wells. After he lost the first set on his serve (6/4), the South African has mounted power to dispose of Russia’s Evgeny Donskoy.

Seeded No. 17 in the tournament has first taken 27 minutes in the second set to get back to 1 set everywhere before confirming his qualification in three sets, 4/6, 6/0, 6/3 1h 48. The next round seems to be tighter as he will face Switzerland’s Stanislas Wawrinka, No. 3 worldwide.

Gael Monfils will not have the opportunity to negotiate a ticket to the quarterfinals. The French had lost to Italian Fabio Fogninin, 6/2, 3/6, 7/5.