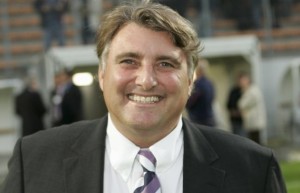 The Togolese Football Federation, in collaboration with the supervising ministry launched a call for applications to replace Didier Six at the head of Hawks.

Currently, several files come to the General Secretariat of the FTF.

If confirmed the nomination of François Zahoui, Jean Michel Cavalli and other Franck Dumas, Noel Tosi, former coach of Mauritania and Congo, has also applied to guide the Hawks.

Reached by telephone Tuesday by Africa Top Sports editorial, the French technician outlined the key points of the criteria sought by Togo.

“We could not have made this generation of Ayité brothers, Amewou , Adebayor who is in great shape with Tottenham, Romao, Agassa without winning any trophy. Togo deserves more than what they did for two years. I have coached in Mauritania and Congo. I know Africans and I love them. I’ve already coached Jonathan Ayité and Amewou Komlan.”

“I have the greatest degree in France; I am the first French coach to have coached a club in America, especially Sacrameto. Premiums? For me the key is to have good relations with men, sports leaders. I will train local technicians and also the national technical director.”

“In Mauritania, I moved with my family, my wife and children. I had the opportunity to establish a training center for 17 and 19 years old categories. And this is my wife who prepares for these players. I have an African fiber”

“I intend to win the Afcon and go to the World Cup with this generation, after nearly Group 2006 in Germany.”

“I’m not demanding huge wage. I was born in Africa and I want to return to an African country.”

Sports authorities of Togo will appreciate the words of Noel Tosi.