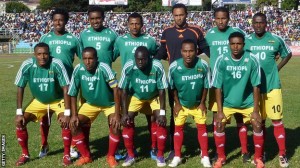 After the door for applications for the Ethiopian football team coaching position was closed last Friday, colleagues from Supersports.com report that the Ethiopian Football Federation recorded applications from twenty seven (27) coaches around the globe to replace coach Swenet Bishaw (sacked).

Among this colossal number of managers running after the post, can be found only two Ethiopian technicians namely Wubetu Abate and Yohannes Tesema.

The EFF also recorded other duos such as two Italians, two Serbians, two Dutchmen and two Argentinians for the position.

“We are happy with the interest shown for the vacant Ethiopian job that has seen over 27 applicants. The process of receiving applications is now closed and the Eff will immediately embark on shortlisting the coaches so that we can narrow down to the best and eventually appointed the best from the group,” Junedin Basha, EFF President told supersport.com.