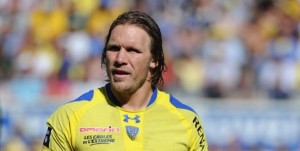 The Rugby Club Toulon enlisted Gerhard Vosloo. The vice-champions of France formalized on Monday the signing of the Clermont flanker. Vosloo, whose contract with ASM Clermont expires this summer, is committed to a season and another optional one with the RCT.

Aged 34 Vosloo began his career in his homeland with Lions in 2004.