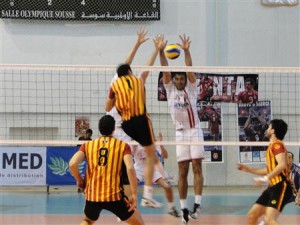 Dominating in the final of the African Champions Clubs Championship of volleyball before Al Ahly of Egypt (3-0), Esperance Sportive de Tunis is coronated for the fourth time in their history.

After eliminating Etoile Sahel Thursday, the “Blood and Gold” have confirmed their good form at the moment by overriding the Cairo team that happened to send off the title holder, CSS in the semifinals. The Kammoun players have won the first set 25/19, the second 25/20 and the last 25/14.

This is the second title of the season for the team of Bab Souika, who won the African Champions league clubs last month. Teammates of Kaâbi will therefore participate in the World Cup for clubs to be held in Brazil during the month of May.