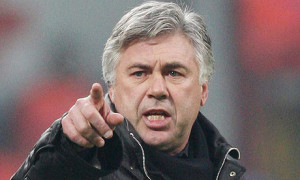 Asked Tuesday at the press conference before the quarter-finals match of the Champions League between Real Madrid and Borussia Dortmund, Carlo Ancelotti has fingered the lethal weapon of the German club, Pierre Emerick Aubameyang.

Robert Lewandowski absent for this meeting, the Gabonese striker could be tenured against the Merengue.

“He could enjoy the injury of Lewandowski, he is a great player. I remember him at AS Saint-Etienne last season “, said the former coach of PSG, before warning, however: “We managed a good campaign so far, we are one of the two only undefeated teams. We are 100% ready for this meeting.”