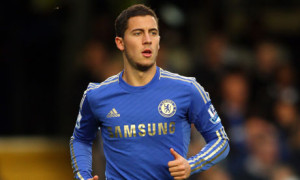 Used to playing all matches of Chelsea, Eden Hazard has prematurely left his teammates Tuesday night in the quarter-final of the Champions League against PSG (2-0). The Belgian striker was hit in the calf and will be forced for at least two weeks. This is what Jose Mourinho said after the game.

“This is a calf problem. But I have no idea of the severity of the injury. And even if it is not serious, it will take at least two weeks before he resumes,” said the manager of the Blues.