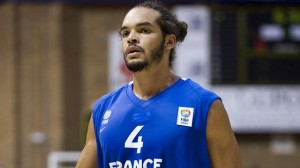 Unsurprisingly, Joakim Noah has confirmed his unavailability for the World Cup FIBA basketball, Spain 2014 (August 30 to September 14). The pivot of the Bulls who had entrusted to the French Federation DTN (FFBB) his absence from the Blues for the World Cup has officially confirmed Wednesday.

“It would not be fair towards my teammates that I started to think about something else. The French often asks me if I play or not, but it is always difficult to predict what will happen in a year or two. I live from day to day and the NBA season is brutal. Play without stopping the whole year; it would be too much for me. So, no, not this year,” he said on ESPN. These latest words put an end to all hope of seeing the strongest player in the NBA under the orders of Vincent Collet in Spain.

Since his participation in the Euro 2011 sanctioned by the Silver medal, Jooks no longer honored selection with the France team. After his withdrawals from the 2012 Olympics and Euro 2013 on injury, the Spanish World Cup will be his third missed appointment with the Blues.