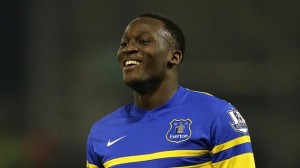 On loan from Chelsea at Everton, Romelu Lukaku had an excellent season with the Toffees. Out of the plans of José Mourinho, the Belgian international will certainly not be back with the Blues. He should definitely be transferred next summer. The performances of the striker of Congolese origin along the Mersey do not leave indifferent the biggest European clubs.

Now it is Atlético Madrid which is positioned to engage the services of the Red Devil. Indeed, the Spanish club is looking for a center forward to replace striker Diego Costa that will probably not remain Colchoneros next season.

The Spanish striker is in the viewfinder of AS Monaco. The French club needs to get strengthened in all positions for the Champions League. In this context, and assuming to see Falcao from this summer, the owners have made Monaco Diego Costa one of their priorities.

Sufficient reason for Atlético to browse thru the UK market and make Romelu Lukaku their main target.