After the semi -finals of the Champions League played on Tuesday and Wednesday, here is the Europa League Thursday, which offers two very interesting posters Seville-Valencia and Benfica-Juventus. Two posters that will see three African players in action. 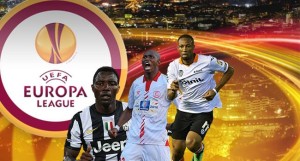 Whatever happens, there will be a Spanish club in the final of the Europa League. And because the semi-finals of this competition offer us a 100% Spanish poster between Sevilla and Valencia.

Fifth in the league and therefore still in the race for Champions League qualification, Sevilla of Cameroonian Stéphane M’Bia are billed favorite in this double confrontation. They remain on four straight wins in all competitions and had the merit of eliminating FC Porto in the quarterfinals (0-1 in the first leg, 4-1 in the return).

Ranking eighth in La Liga, FC Valencia returns from afar in this competition. In the quarterfinals, the Malian Seydou Keita and his family have sunk in the first leg at FC Basel (3-0) before completely turning the tide in Mestalla (5-0). Although unstable, this team will still have the advantage of receiving the return match. Which could weigh heavily in the balance. The experience of Keita can also bring them more.

This is probably the biggest shock and the huge poster of the evening. A highly charged poster comparable to Wednesday night’s Real-Bayern. At the Luz Stadium, Benfica, recent champion of Portugal will try to really hurt the Old Lady taking a big option for qualification. Finalist in 2013, Lisbon’s club is used to shining in this competition. 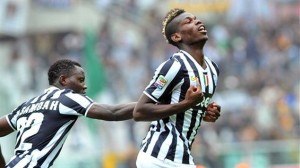 But it will not be easy against a strong team of Turin and that well positioned to clinch a new Scudetto. Motivated by the final which will be played on their stadium, the Old Lady dream of a double Serie A-Europa League. Deprived of Arturo Vidal injured in the knee, Juve can count on the Ghanaian Kwadwo Asamoah and Franco-Guinean Paul Pogba.