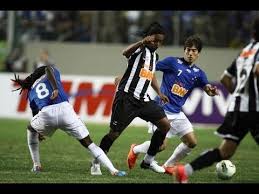 Ronaldinho is not the player who had been known at FC Barcelona a few years ago. But it is not as long as he has ceased to be the talented footballer that many admire.

At 34, the Brazilian who is still far from hanging up with football to the delight of fans of the beautiful game, continues to attract more than one in the colors of Atlético Mineiro, with gestures whose secret he is the only one withholding.

The proof is this devastating roulette performed against Atlético Nacional, in the knockouts of the Copa Libertadores. Although his team lost in the end, the former Parisian proves once again that football is in his blood.