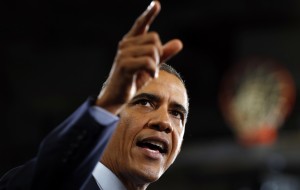 Donald Sterling has been in the eye of the cyclone with racist words in a conversation published by TMZ. A skid of the owner of the Los Angeles Clippers that prompted several reactions in the NBA.

The malaise has exceeded the limits of the North American basketball championship since the President of the United States, currently making an official visit to Malaysia, was called upon to rule on the case. “When ignorant people want to showcase their ignorance, you cannot do anything much. You just let them talk,” said the U.S. President “We must be consistent and firm in denouncing racism, educating our children differently but also being encouraged by the fact that some of the reasons why those statements make as much noise is that the perceptions we have of ourselves have changed.”

Barack Obama also stressed his confidence in the League and its commissioner to resolve the case “I trust Adam Silver. He is a good guy, and he will solve this case.”