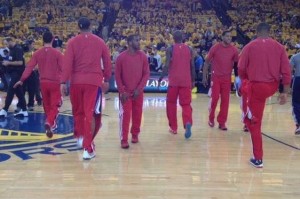 During the warm-up, Doc Rivers players, in protest against the racist words of the owner of the franchise, dropped their usual outerwear in the center of the Oracle Arena and warmed up by returning their jerseys in a way hiding the logo of the Clippers.

“We are one. Everything we do, we do it together,” said Chris Paul about this gesture of protest.

Note that the President of the United States, Barack Obama, on official visit to Kuala Lumpur (Malaysia) also commented on this skid b by Donald Sterling. 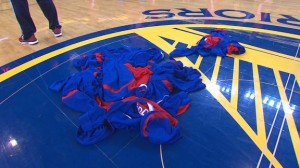