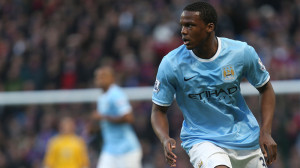 Despite a meager playing time, Dedryck Boyata could extend his deal with Manchester City. The young Belgian international of Congolese origin who had formerly express his desire to evolve elsewhere, is about to re-enlist his lease.

Manchester City suggested to the player, whose contract expires in June, to extend his stay with the Citizens. To believe the Belgian media, the Belgian-Congolese defender still hesitates. The Belgian international Hope has not established himself in the Premier League, so he is looking for a new challenge.

But according to the DH, the direction of Skyblues wants to keep 23-year defender. City leaders are willing to offer guarantees regarding playing time to keep him.

For his part, the defender contacted by other clubs, takes the time to think. That could rhyme with extension by next week.