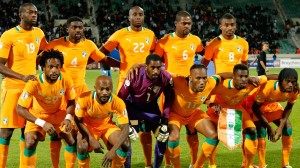 Emmanuel Eboue is one of the surprises in the list of 28 players unveiled Tuesday in Abidjan by Sabri Lamouchi. The Franco -Tunisian technician of Côte d’Ivoire has dropped the Galatasaray defender yet author a full season. Another notable absence is none but that of left side Siaka Tiene.

Besides his observations, everyone is present. From Didier Drogba to Gervinho through Salomon Kalou , Yaya Toure, Romaric and others. Kolo Toure despite lack of playing time at Liverpool is therein.

Côte d’ Ivoire will begin their preparations on May 24 in the United States with two friendly matches against Bosnia in the program on May 30 and El Salvador on June 4.

In Brazil, the Elephants are in Group C with Colombia, Greece and Japan.