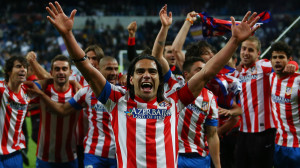 But an ad that promised free sex with girls with prostitutes of the city raises many indignant reactions;;;

The brothel “Angelo Palace” located in Valencia probably advanced too quickly promising; “If Atletico Madrid win La Liga, all prostitutes will be free.”

The “Colchoneros” have won last night a title they expected for 18 years.