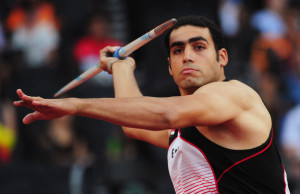 The second stage of the Diamond League took place on Sunday in Shanghai. Three athletes took the opportunity to pop off the screen.

Ihab El Sayed Abdelrahman marked the spirits in the javelin at this meeting in Shanghai. The Egyptian has established the world’s best performance of the season in his discipline with a throw of 89.21 m, far ahead of the Swedish Amb Kim (84.14 m). Kenyan Julius ego fails 80 centimeters off the podium (83.00 m).

Another great man of this appointment, Lavillenie. The French, record holder in the pole vault also achieved the world’s best performance with 5.92 m.