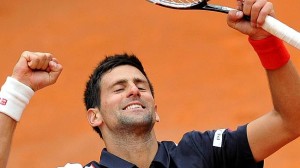 Rafael Nadal has once again lost to Novak Djokovic. The world No. 1 faced his runner in the ATP rankings this Sunday at Foro Italico for the final of Masters 1000 Rome. A match he lost in three sets, 4/6, 6/3, 6/3.

This is the third title for Djokovic on the Roman clay after 2008 and 2011. A week before the Grand Slam Roland Garros, where he is the defending champion, Nadal lost his third final against Nole who wins his 19th Masters 1000 trophy.

Another highlight of this final, the Serb deeply affected by the flooding in his country had decided to donate his earnings. An allocation of 2,884,675 Euros will be donated to help the victims.